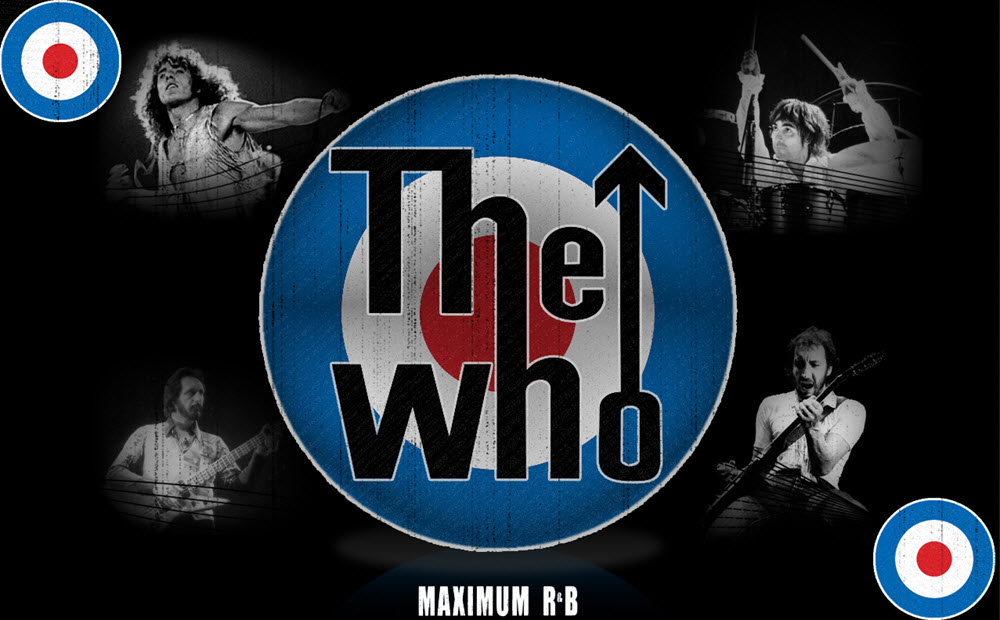 The English rock band the Who was formed in London in 1964. The original drummer Doug Sandom was fairly quickly replaced by Keith Moon, which completed the now classic the Who lineup:

The Who has managed to attain a combination of both mainstream success and excellent reviews from picky critics, and are considered one of the most influential rock bands of the 20th century. Many of their songs are still in heavy rotation on radio stations around the world, and also used in films and tv-series.

Examples of well-known songs by the Who:

Never afraid of trying something different, the Who has sold over 100 million records worldwide despite – or because of – embracing projects such as a rock opera about a blind, deaf and mute boy in England who becomes a pinball champion and starts his own religious cult.

The long list of the Who´s contributions to the world of music does not only include the music they created, as they were also instrumental for equipment development, e.g. the Marshall Stack and the use of large PA systems.

While not inventing the synthesizer, the Who helped bring it into mainstream fame, and is an acknowledged source of inspiration for synthesizer musicians active in a wide range of genres. Entwistle and Moon´s playing styles on their respective instruments have also been a great influence for 20th and 21st century rock musicians, as have Townshend´s feedback and power chord guitar technique.

Short facts about the Who

Past and present members of The Who

Touring members and musicians (as of 2022)

Throughout the years, The Who has employed numerous touring musicians and also had touring members.

These are the current touring members:

Examples of past touring members and musicians: