A Quick One, While He’s Away 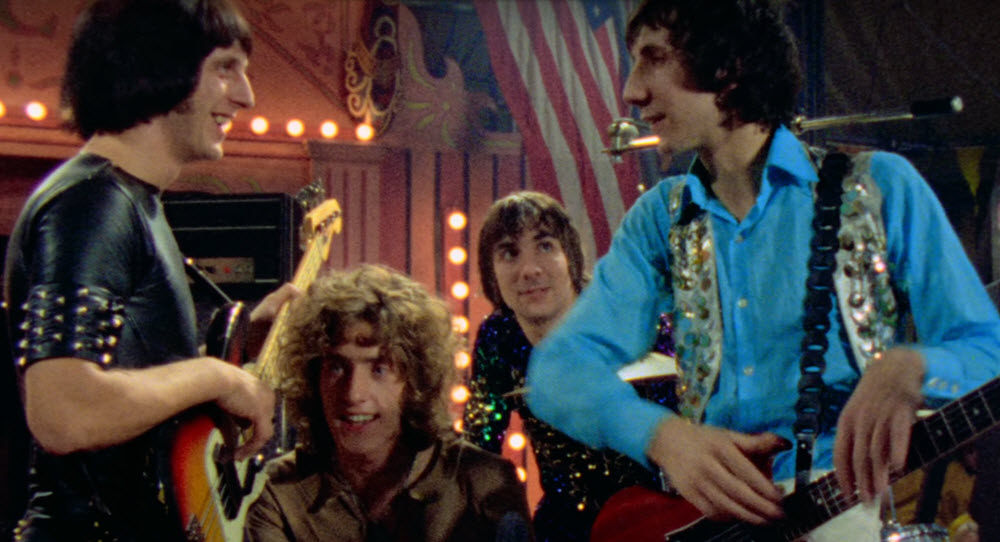 Written by Pete Townshend, A Quick One, While He’s Away was recorded by the Who for the second album A Quick One, which came out in December 1966.

The mini opera tells the story of a woman whose partner has been away for nearly a year. Her friends tell her they have a remedy, and the remedy turns out to be a fling with Ivor the Engine Driver. When her partner returns, the woman confesses her infidelity, and is forgiven.

Rolling Stones magazine put the song on spot #4 on their list of the 50 Greatest Songs by The Who.

Short facts about A Quick One, While He’s Away

Label: Reaction Records in the UK, Decca Records (as “Happy Jack”) in the U.S.

The song consists of six distinct movements. It tells the story of a young woman whose partner has been away for almost a year, and should have been back home by know, but is not. The woman is very sad about the situation, and her friends recommends she cheers herself up by having a brief fling with Ivor, an engine driver. When her partner finally returns, the woman confesses about her fling with Ivor, and is forgiven.

The first movement is a harmonised a capella intro titled “Her Man´s Been Gone”. The “Crying Town” section is sung by Roger Daltrey, in an atypical low register. Daltrey also sings the “We Have a Remedy” movement; using his normal register. In this section, we also hear John Entwistle doing the character Ivor the Engine Driver. “Soon Be Home” is a harmonised section. The final movement, “You Are Forgiven”, is sung by Pete Townshend. The Who wanted cellos for “You Are Forgiven”, but the producer and manager Kit Lambert could not afford it. Instead, they ended up simply saying “cello, cello, cello”.

In a later interview with Mojo magazine, Townsend explained that with this mini opera, “we were just about starting to tap into something that became a complete obsession for me. Which was that when we played a hard-driving rock ‘n’ roll and brought in this slightly evangelical, hippy, spiritual thing – at the end of our piece, I’m shouting, “You are forgiven, you are forgiven, you are forgiven” – that there would be a kind of spiritual rush in the audience that was obviously there to be tapped into. Rock ‘n’ roll had always been below the belt stuff, and that was something else.”

The Who albums that include the song

Pete Townshen played some songs he had demoed to producer Kit Lambert, and one of them was a mock oratorio called Gratis Amatis. Inspired by that, Lambert started talking about making a “pop opera but more seriously” to fill space that was still blank on the upcomming album and thereby have it released quickly.

From there, Townshend came to the title “A Quick One” for the whole album, and “A Quick One While He´s Away” for a song he had already begun writing based on experiences from his childhood.

In his 2012 autobiography, Townshend explains that “A Quick One While He´s Away” breifly but not explicitly refers to him being sexually abused as a toddler, with Ivor the Engine Driver being a metaphor for a male abuser. The section “Her Man´s Been Gone” refers to Townshend´s separation from his parents when spending time with his mentally ill grandmother. The section “Crying Town” is a reference to the young Townshend crying for his parents to pick him up and leave grandmother, as she brought unknown men into the home while Townshend was there. The “little girl” mentioned in the song is an imaginary friend of young Townshend; an imaginary twin sister who suffered every privation he suffered. The ending of the song is a representation of Townshend´s mother coming to rescue him, and the chant “you are forgiven” is for everyone referred to in the song´s lyrics, including Townshend himself.