Quadrophenia – the album by the Who 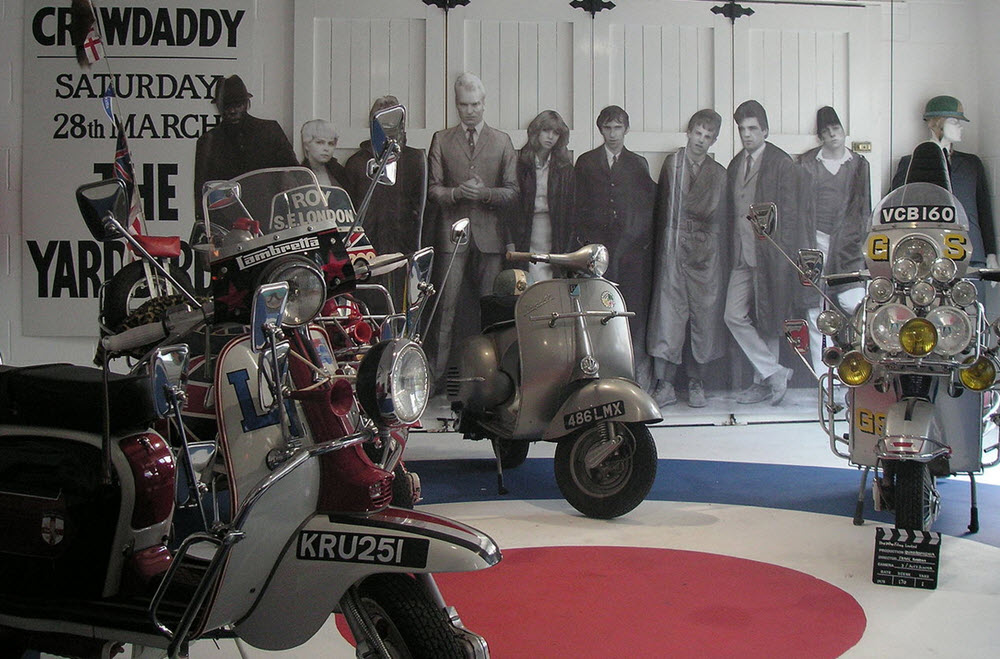 Quadrophenia is a double album released by English rock band the Who on 26 October, 1973. It is the sixth studio album by the group.

In a 2011 interview, Townshend said he now considered Quadrophenia to be the last great album recorded by the Who, and that the group never recorded anything that was so ambitious or audacious again.

The single 5:15 was released before the album, in early October 1973, the day after a live appearance on Top of the Pops. The album was released in the UK on the 26th of October, but in a fairly limited amount of copies as it was difficult to source vinyl due to the OPEC oil embargo. For the United States market, Love Reign O´er Me was selected as the lead single, and released on 27 October.

The album Quadrophenia was originally released as a two-LP set, with a gatefold jacket and a booklet. The booklet contained lyrics, a text version of the story, and photographs illustrating the story.

The album generally got positive reviews in both the UK and the USA, and New Musical Express´s Charles Shaar Murray called it the “most rewarding musical experience of the year”.

In a year-end top albums list for Newsday, Robert Christgau put it on spot #7, and described it as exemplary of how 1973’s best records “fail to reward casual attention. They demand concentration, just like museum and textbook art.”

Critics have continued to be fond of the album, and in the year 2000, Q magazine included it in their List of the 100 Greatest British Albums Ever. Quadrophenia is also included in Rolling Stone magazine’s list of the 500 greatest albums of all time.

For Quadrophenia´s 40th anniversary celebration, Billboard reviewed it again, noting that “Filled with performances packed with life and depth and personality, Quadrophenia is 90 minutes of the Who at its very best.” 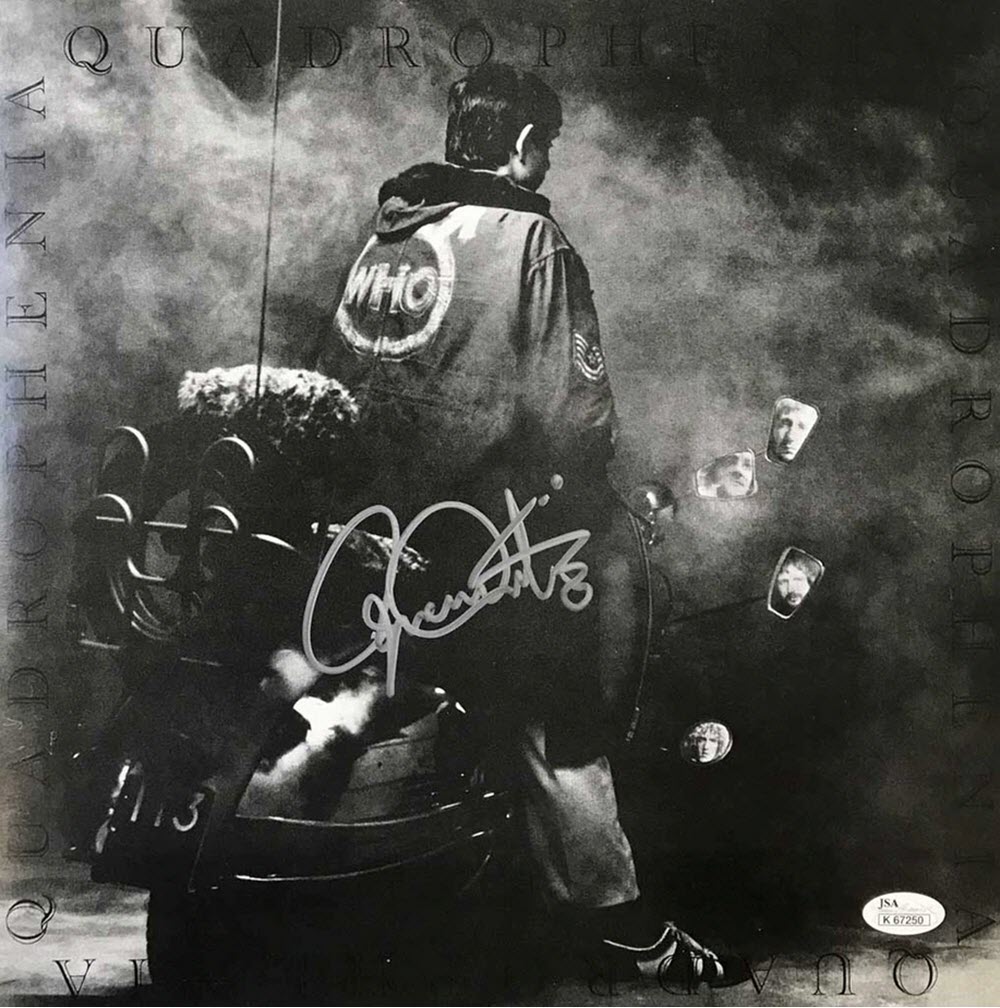 Quadrophenia is a rock opera album, where the story is set in 1965 London and Brighton and follows a young working-class mod named Jimmy. The album was accompanied by a set of recording notes for reviewers and journalists that explained the story and plot. The name Quadrophenia is a wordplay on schizophrenia and denotes how Jimmy has a four-split personality.

Jimmy – who likes drugs, romance and fights on the beach – becomes a Who fan after a concert in Brighton. He clashes with his parents over this amphetamine use and inability to hold down a steady job, and he endures an unsuccessful trip to see a psychiatrist. Jimmy doubts his own self-worth, and struggles to keep up with his peers. A series of events sends him further down into bleakness: he gets a job as a dustman but quits after just two days, his girlfriend leaves him for his best friend, and he ruins his own scooter. After contemplating suicide, Jimmy gets on a train to Brighton to seek out the mods he had loved hanging out with before. In Brighton, he finds out that “Ace Face” who used to lead the mod gang now works as a bellboy in a hotel. Jimmy steals a boat and sails out to a rock to contemplate his life. The ending is ambiguous.

Day trading is becoming ever more popular. More and more people learn how to make money on the stock, option and currency markets.  Retail brokers make it easy for anyone with a high-speed internet connection to day trade from home.  They provide access to a multitude of markets from all over the world.  Most brokers are designed to work with a wide variety of different trading platforms.  AS a new day trader you should always choose a broker with good customer service so that you can get help if you encounter any problems.  If you want to know how to learn more about day trading then you can learn everything you need to know by visiting Daytrading.com.

Short facts about the 1973 album Quadrophenia

The Who started working on the album Quadrophenia in 1972. It was to be their sixth studio album, and at this point, they had already achieved both commercial and critical success with the albums Tommy (1969) and Who´s Next (1971). Now, they were struggling to decide what to do next.

In May 1972, the Who recorded some new material together with Glyn Johns, with whom they had collaborated during the creation of Who´s Next. Among other things, this resulted in the creation of a mini-opera called “Love Live Rock – Rock Is Dead”. The band ended up feeling that much of the material that came out of these sessions was too derivative of Who´s Next, and the sessions where abandoned, although both “Is It In My Head” and “Love Reign Oér Me” eventually made it onto Quadrophenia.

Eager to try something new, Pete Townshend decided to follow Frank Zappa´s idea of producing a musical soundtrack that would tell a narrative like a film. For this, he sought inspiration from “Long Live Rock – Rock Is Dead” and began working on a story about youth and adolescence. After meeting with long-time the Who fan “Irish” Jack Lyons, Townshend got the idea to include the group´s history and their audience in the story.

The character Jimmy was developed based on a combination of traits borrowed from “Irish” and five other early fans of the group. That gave the character a four-way split personality, which in turn led to the album´s title – a wordplay on schizophrenia.

To illustrate the four-way split, Townshend wrote four themes – with each theme reflecting one specific member of the Who.

On the album, the title track Quadrophenia and The Rock both contain the four themes; separately and together.

The group had decided to build their own studio in Battersea, London for the recording of Quadrophenia, and work on Ramport Studios commenced in November 1972. Five months later, it was still not in a suitable state, and the group instead had to borrow a mobile studio from Ronnie Lane (bassist of Faces, and a friend of Townshend).

There are many popular online casinos that you can choose to open an account with if you want to try online casino gaming. Casino Lab is a popular casino, William Hill casino is another. Use a casino review website to find a casino that suits you. You can read more about casino lab and many other casinos by clicking the link above.

The newsreader heard on “Cut My Hair” is BBC announcer and presenter Jon Curle.

Additional production staff for the 1996 reissue

Sales chart performance for the 1973 album

Position #2 on the 1973 US Billboard Pop Album chart. (It was kept from the top spot by Elton John´s “Goodbye Yellow Brick Road”.

The 1973 album sold Gold (a minimum of 100,000 copies) in both France (SNEP) and the United Kingdom (BPI). In the United States (RIAA), it reached Platinum certification which requires at least 1 million sold copies.

The 1973 album has been reissued on several times, in various formats, and sometimes with remastering and remixing correcting certain perceived flaws.

One example is from 1985, when MCA Records re-released the album as a two-CD set, accompanied by a thin fold-up sheet for the text storyline but no photographs.

In 2011, Townshend and Bob Pridden remixed the album for a deluxe five-disc box set with a 100-page book and photographs. This box set comes with two discs of demos and includes some songs that can not be heard on the 1973 album. There is also a selection of songs in 5.1 surround sound. At the sime time as the deluxe box set, the group also re-released the standard two-CD version with a selection of the demos as bonus tracks.

In 2014, the album was released on Blu-ray Audio with a new remix of the entire album in 5.1 surround sound, and the 2011 Deluxe Edition stereo remix, and the original 1973 stereo LP mix.

Here are just a few examples: